Bugaga.me – We bring you interesting news. 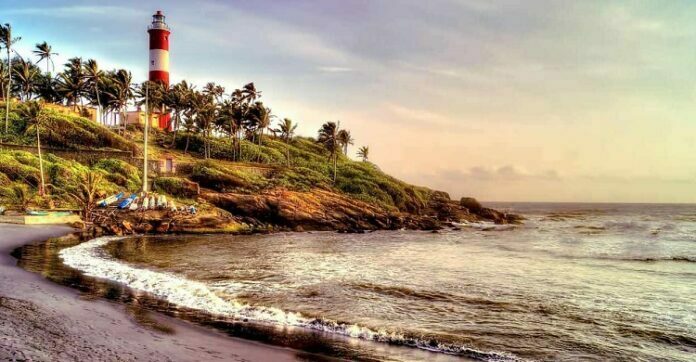 If you ever want to experience heaven on earth take a trip to Kerala, one of the most enchanting destinations in India and the world. The state is endowed with immense natural beauty which has rightly earned it the sobriquet, God’s Own Country. The calm and serene backwaters, verdant hills, palm-lined beaches, picturesque hill stations and national parks comprising unique flora and fauna are just some of the natural wonders that make Kerala so alluring. But, Kerala is also home to many majestic cities which need to be explored once in your lifetime.

Kochi is one of the few cites which is a perfect blend of the traditional and modern. It is amongst the most popular tourist destinations in India and every year thousands of tourists from all over the world visit this pristine city to enjoy its weather and experience its unique culture. Some of the places worth visiting in Kochi include Marine Drive, Fort Kochi, Hill Palace, Mattancherry Palace, St. Francis Church, Pallipuran Fort among others. The city is also home to Willingdon Island, which is India’s largest artificial island. Kochi is famous for some of the best North Indian restaurants in Kerala where you can satiate your hunger.

Kerala boasts of a few majestic hill stations and Munnar is the best among them. Comprising greenery as far as the eye can see, Munnar is the perfect honeymoon destination. Nestled in the Western Ghats Mountain Range, Munnar is popularly known as the Kashmir of South India because of its pristine beauty and fabulous weather. Apart from admiring the surroundings, there is a lot to do at Munnar like camping and trekking, mountain biking, rock climbing, shikara ride, etc.

Your trip to Kerala will not be complete till you visit the magnificent capital, Thiruvananthapuram. The most populous city of Kerala, Thiruvananthapuram is not overcrowded. Rather, it is the perfect destination where your can spend a few days in quiet and solitude far away from the maddening crowd. It is also among the cleanest cities in India. Some of the must visit places in the capital city include Kovalam Beach, Padmanabhaswamy Temple, Poovar island, Neyyer Dam, Napier Museum, among others.

Kozhikode has a long and chequered history. Since ancient times, foreign merchants have been visiting the city to indulge in trade. During the ancient period there was a thriving trade between Kozhikode and the Arabs. In 1498, the Portuguese explorer Vasco da Gama reached Kozhikode. With this began an era of trade between the Portuguese and Malabar. Soon other European nations followed. The city, which witnessed the rule of several kingdoms, is an amalgamation of various cultures. Some of the places worth visiting in the city include Kozhikode Beach, Kadalundi Bird Sanctuary, Beypore Beach among others.

If you are planning to visit Kerala anytime soon, do make a trip to one of the above-mentioned cities. Kerala is among the most popular destination. So finding accommodation at one of the best 5-star hotels in Kerala will not be a problem.

Ideas To Turn Your Transit Van Into Something More Useful

Why It’s too Late to Do Something about the Environment and Why We Should...

Matthew Davies Provides You with Ways to Survive a Natural Disaster

3 Ways To Save Money When Planning A Move